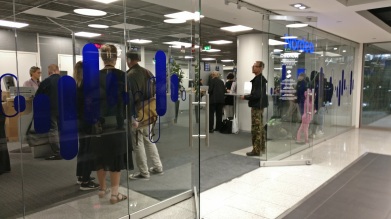 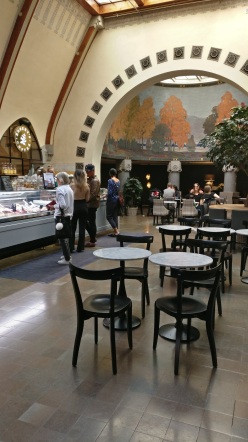 In the last 10 years, a remarkable effort has been made to protect and highlight the cultural heritage.  Are these efforts at the origin of some misunderstanding?  Has cultural heritage been gradually associated with a museification of our environment?  And even worse, as we are witnessing a dramatic misuse of the built heritage:  Has it lead to a biased understanding of what valuable means?

In the city, some cultural heritage in corporate hands has been spoilt, no matter how protective heritage laws are.  Don’t hear me wrong: museification is not the final goal.  But respect of the built environement is, which in the end of the day equals to the respect of citizens.

Just have a look at a few examples in Helsinki.  In the glorious days of capitalism, banks had become the modern temples.  Railway stations, Post offices glorified modernity. Users were circulating in impressive architectures, where attention had been paid on comfort and hospitality.  What has happened to these public spaces?  Although their architecture might be protected, their interior has become a mere empty shell.

Not only the built heritage is tarnished and misused with inadequate furniture and light, but what has replaced the original building?  As service has gone down, they are now situated underground.

Not only are we deprived from the purpose-built heritage, but the users as well as the staff is disregarded, apparently not deserving all the space and comfort they were entitled to in the early days.  Heritage has been wasted together with decency and respect.

In the 19th century the concept of heritage emerged considering that its destruction was a crime. What has happened?